Call for an Appointment with 24/7 Dentist IMMEDIATELY

Don’t let dental issues wear you down and give you a hard day. Get the help you need, whether it’s for a severe toothache or a cracked tooth that keeps you away from hot and cold meals.

Our service provides access to a network of emergency dental services in Austin, TX. There’s no need to worry about finding a dental office close to your office or home in Austin. The right selection is made for you when you speak to our qualified contact center agents.

Emergency care means help when you need it without having to wait. That’s what you get when you engage with professionals highly committed to serving you with quality emergency treatment.

Get started now by placing your call at 737-221-4044. Answer a few questions, and help will be soon available.

Dental Emergencies - What to Expect

Finding a good dentist is not a walk in the park. There may be so many things to look out for, including where they’re located, their past history, covered treatments, user ratings, prices, reputation, facilities, etc. It may require significant time than you have to spare during an emergency. That’s why you can get hassle-free dental services when you place a call to us. Expect the following benefits and conveniences: 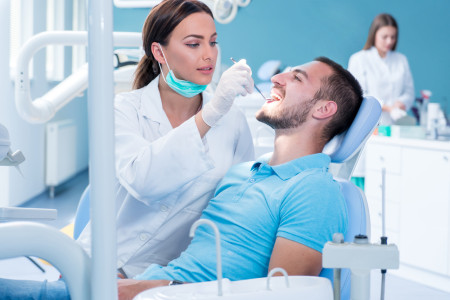 What is emergency dentistry? Issues that deserve immediate treatment

Emergency dentistry is a category in dentistry that deals with dental emergencies. They may come in all shapes and forms. But basically, they deal with any serious medical issues pertaining to the teeth and gums.

Serious means that the problem can simply wait to be resolved the next day because it can contribute to bodily harm or severely impact the person’s health and well-being. Here are some common issues that may require someone to see a dentist immediately:

Severe toothache: A number of causes may contribute to severe toothache, including deep cavities, fractures, damaged fillings, and bacterial infections. The dentist will relieve the pain by resolving the real cause. If it’s a cavity, they may have to fill the tooth or perform a root canal.

Knocked-out tooth: A knocked-out tooth requires some preliminary steps in order to save it. The tooth should always be handled with care and either preserved by putting it back into the socket, submerging in milk or saliva, or holding it inside the mouth. The sooner you see a dentist, the better your chance of saving it and avoiding other costly procedures such as a tooth implant.

Bleeding gums: So, bleeding gums may not seem like a cause of worry in the bleeding is minor. But actually, it indicates a larger problem that has been brewing over time, for instance, gum disease or gingivitis that results from the buildup of plaque. It’s preferable to see the dentist as soon as possible for deep cleaning. It’s also paramount to watch out for excessive bleeding, particularly after tooth extraction.

Broken orthodontics: Problems with braces and other dental prosthetics may qualify as a dental emergency that needs to be resolved right away. Problems such as protruding wires can poke and irritate cheeks and gums. Now,m there are some steps you can take to resolve some common issues with braces, but if your efforts bear no fruit, it’s better to have an appointment with an orthodontist.

Abscess: Infections in the mouth, particularly near the intersection between the teeth and gums, are quite serious. Left ignored, the infection can affect neighboring teeth and the gum tissue. Bacteria can even enter the bloodstream and can cause far more serious problems such as sepsis, organ damage, or death. So, check for any swollen spots in the gums to find abscesses. If present, schedule an appointment with the dentist right away for emergency treatment.

Lost crown or filling: Losing your crown or feeling can seem like a relatively mild dental issue. But it’s actually not and requires immediate treatment. It can lead to reinfections and further damages.

Who is a 24-Hour Dentist? Where can I see one in Austin?

With the shift towards digital and 24-hour economies, the dental industry has responded in kind with 24-hour dental services offered by some clinics. So, it generally means that you can get quality dental care during off-hours.

The clinic may have dentists on call and may operate even during weekends and special holidays. If you’re looking for a 24-hour dentist in Austin, you have your work cut out for you. Use our network to schedule your dental appointment with an appropriate office immediately. 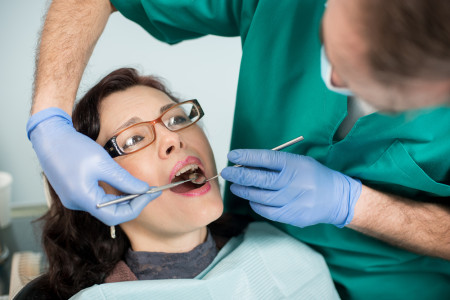 Emergency dental services are made to relieve pain, dental anxiety, and suffering as soon as possible. It’s the best gift you can give yourself if you’re in pain and can’t carry out your day-to-day tasks.

Don’t worry about Having your schedule severely impacted just because you decided to go and see the dentist. For instance, you can eat as soon as 30 to 45 minutes following a root canal. Still, patients generally wait until the anesthetic has worn off, and they can regain feeling in their cheeks and tongue to avoid accidental bites.

In most cases, you will be able to go to work the next day unless the treatment involves major dental surgery. Get started by call 737-221-4044.

Let’s examine some common dental emergency FAQs and questions that you may have:

How soon do I need to visit the dentist?

The best timing is the earliest timing. Waiting will not make the issue go away even if you can use your mouth normally. Ignoring the pain, bleeding, and swelling will further aggravate the issue and may even mean expensive treatments down the line.

Can I see another dentist during an emergency if I can't reach my normal dental clinic?

Out of town or recently relocated to another part of the country and can’t get in touch with your regular dental office? Unless the problem is mild and minor, for instance, regular teeth whitening appointments, it’s best to assess the options you have right now And see another dentist. Later, follow up with your usual dentist.

A quick trip to the pharmacy can help find some OTC medications that can help relieve the pain. Using an ice pack and cold compress can also help. There are additional home remedies such as sucking on a clove. This will only make the pain a little bit tolerable, but it will never go away. So, consider seeing the dentists immediately.

My teeth are suddenly sensitive. Why?

It could point to a far more severe issue such as gum regression or infection. If the sensitivity doesn’t go away, schedule a visit with a dentist.